This was already our 6th Summer workshop, how did that happen?

Every year we have great participants and a lot of fun.
We were happy to have several members up from Kraków and we always look forward to getting to share in more activities with those friends.   Senshinkai, Urasenke Kraków

The schedule for the four days began each morning with zazen (sitting meditation) followed by a short session of group exercise, breakfast, a few hours of practice, lunch, then a few more hours of practice followed by more zazen, dinner and some evening activities. It was tough but many participants sleep on site so the 6:30 meditation isn’t too bad, right fellow non-morning-people? 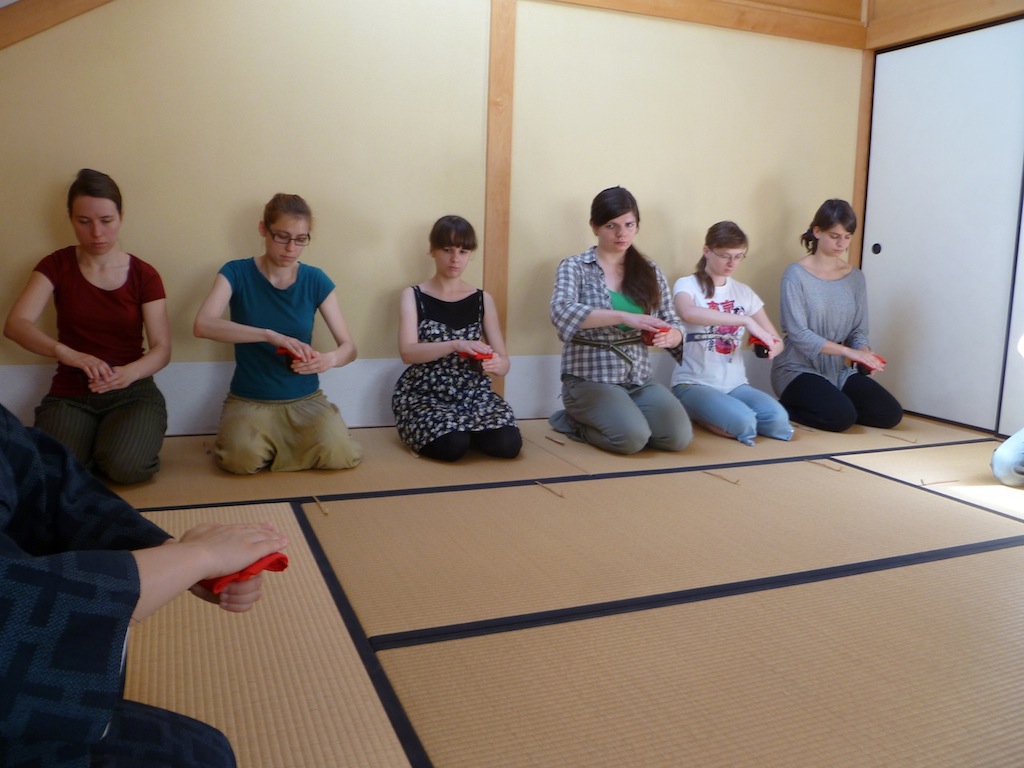 We all began with the basics (warigeiko) 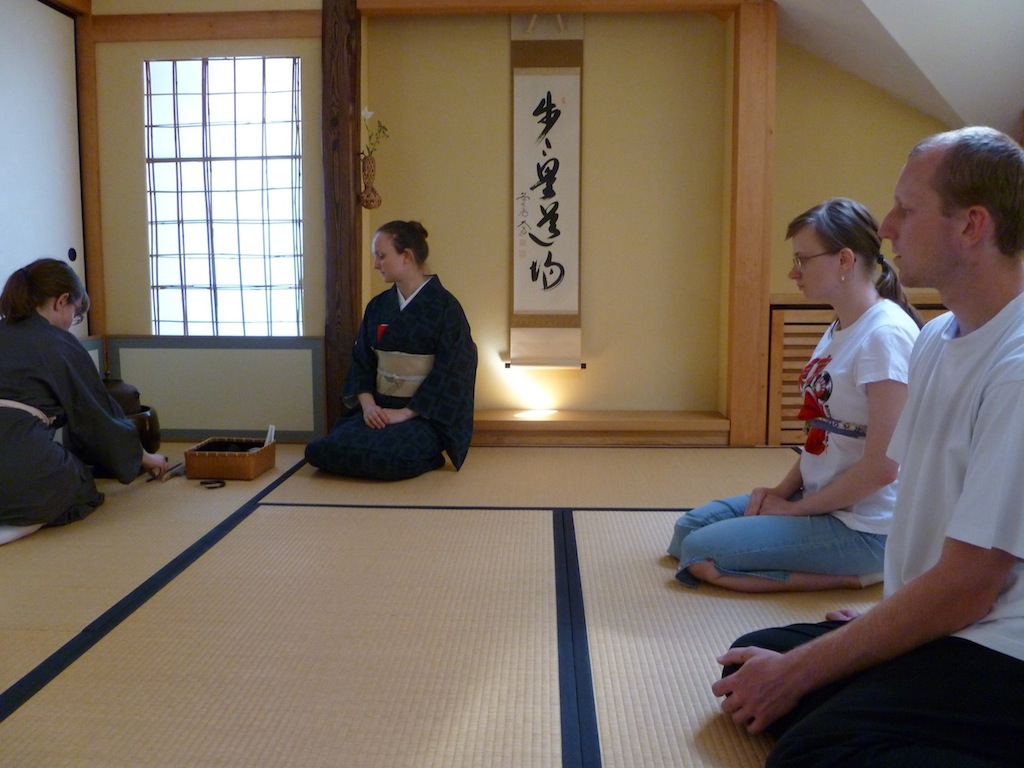 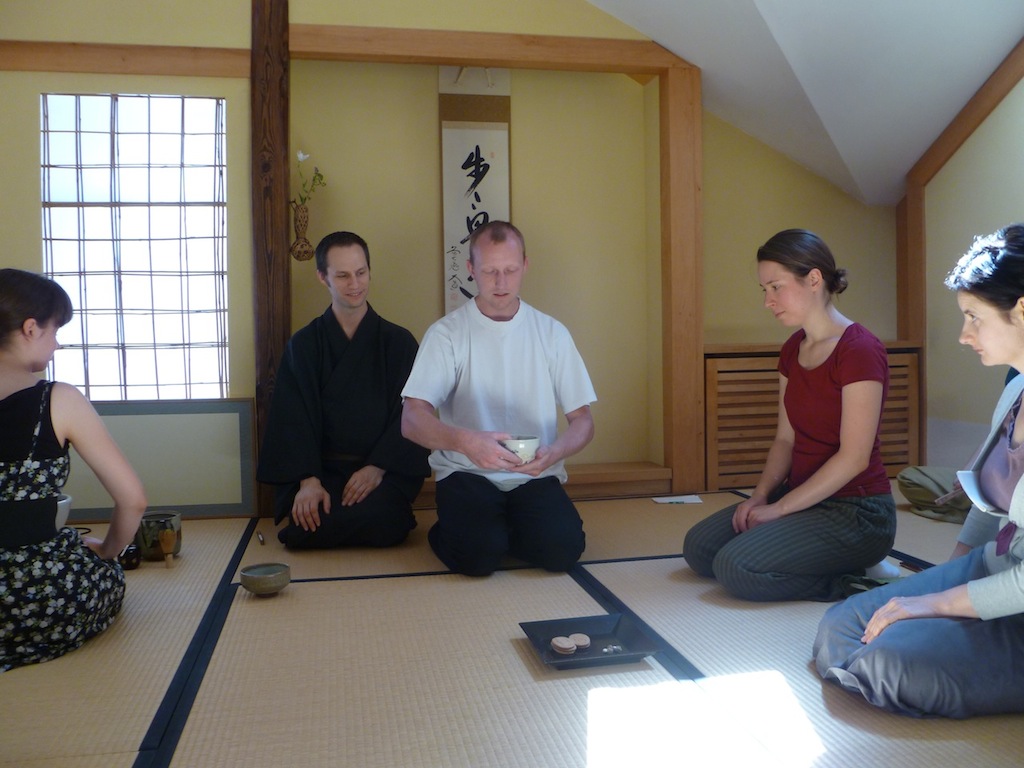 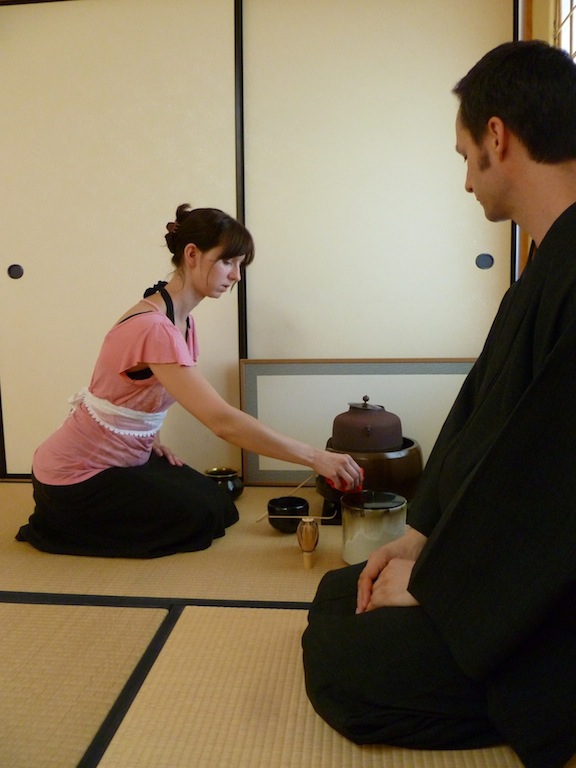 Every night we made sweets for use the next day, additionally each evening had a different activity for the participants. 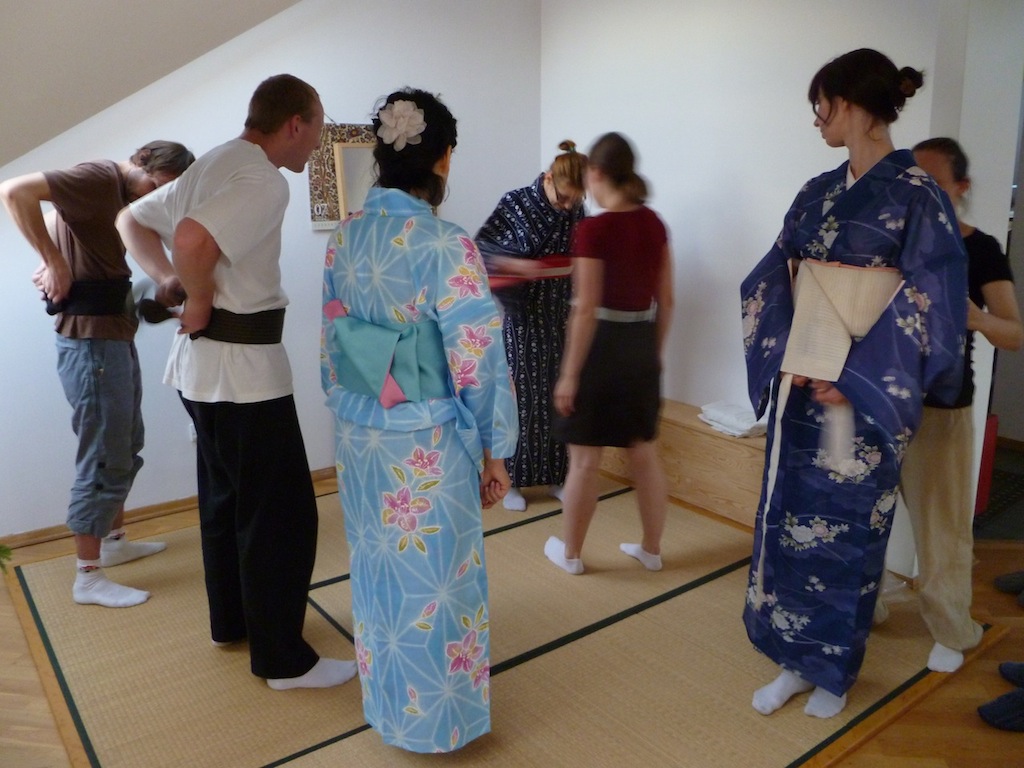 The first night we practiced how to wear Japanese clothes, especially obi (belt) tying for kimono and yukata. One night we had our friend from the Japanese Embassy come and give a workshop on furoshiki, including a lot of hands on training. 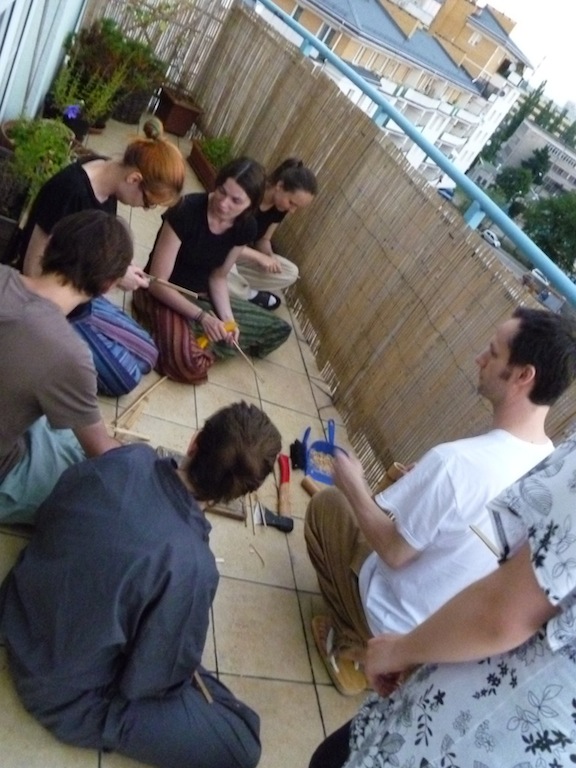 The third night we made chashaku (bamboo tea scoops) which turned out remarkably well for most everyone’s first attempt. 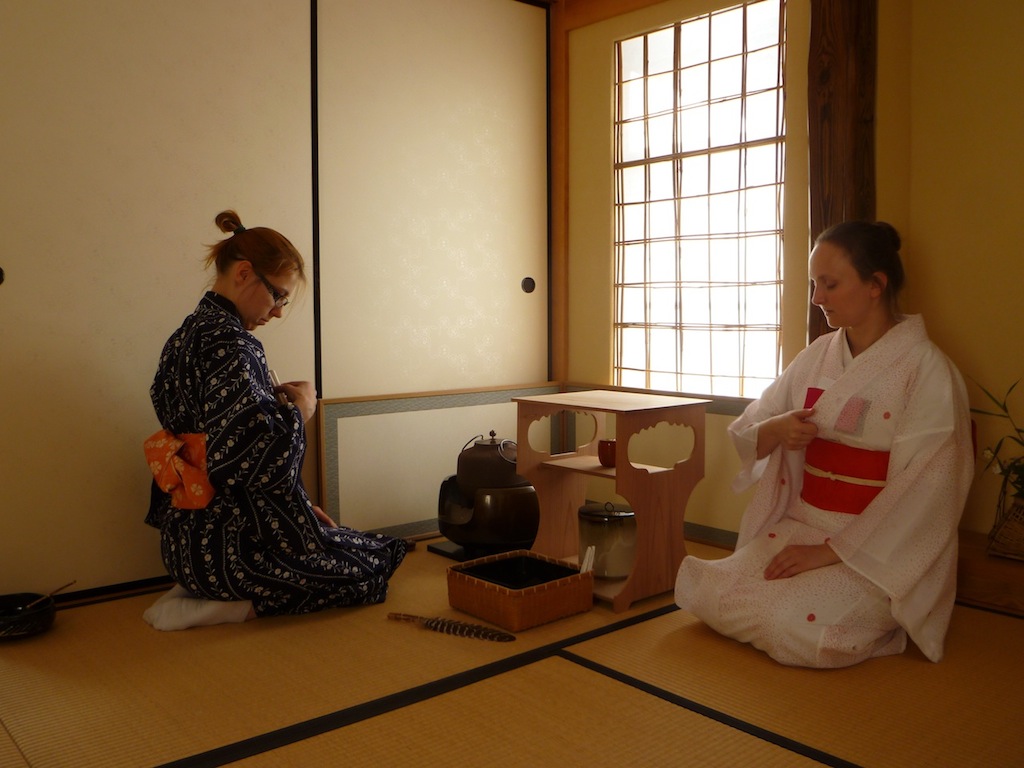 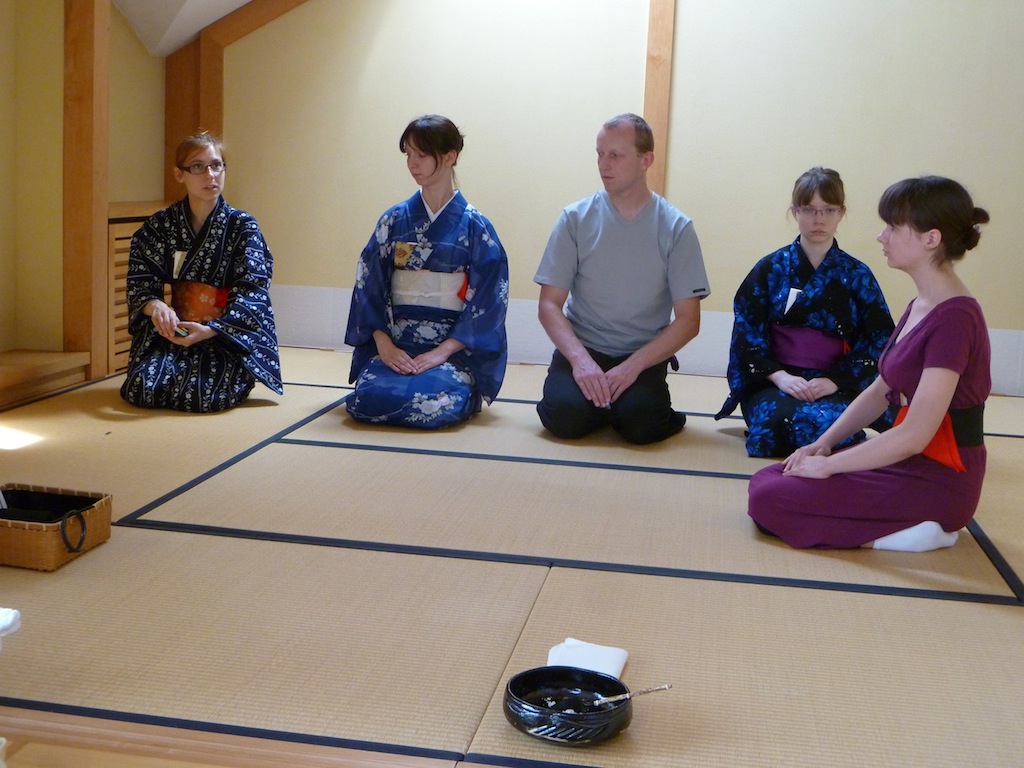 Once or twice we practiced sumi tsuki kagetsu, a group form including charcoal and tea

By splitting up from time to time we were able to include temae from many levels and using different utensils. 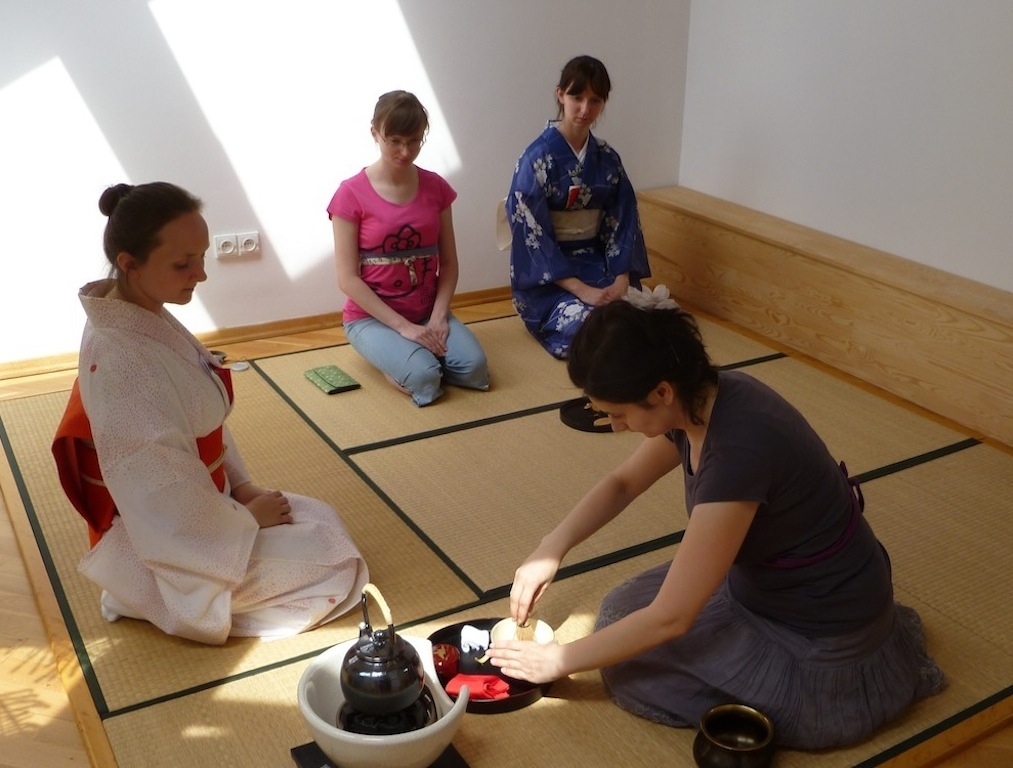 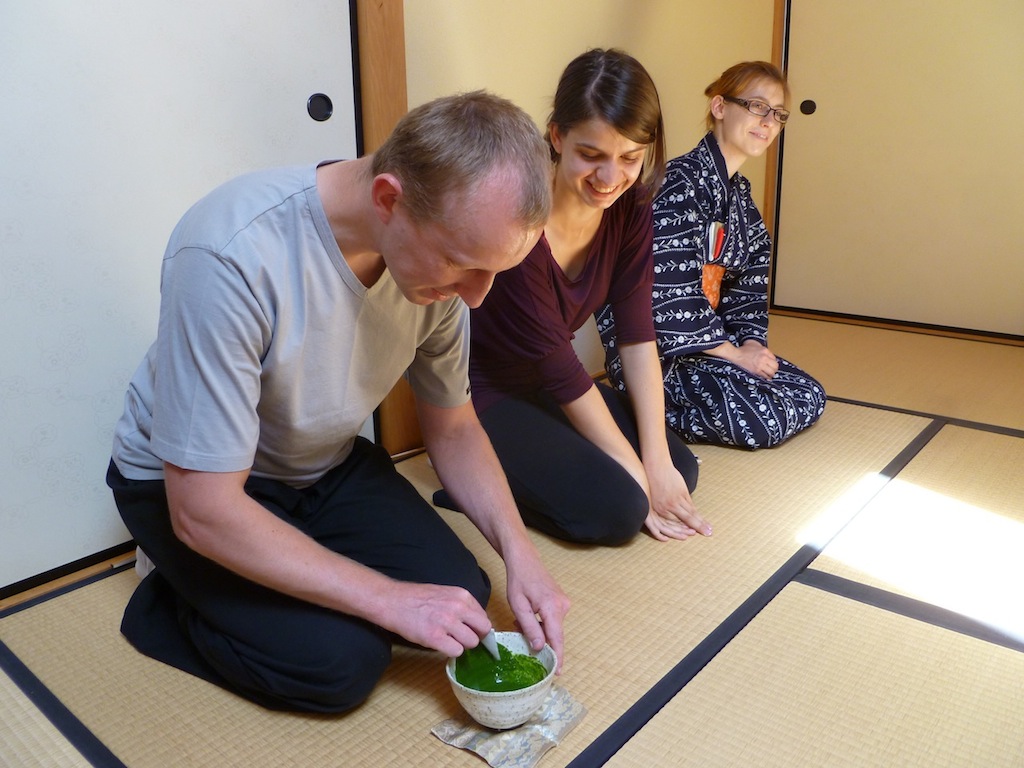 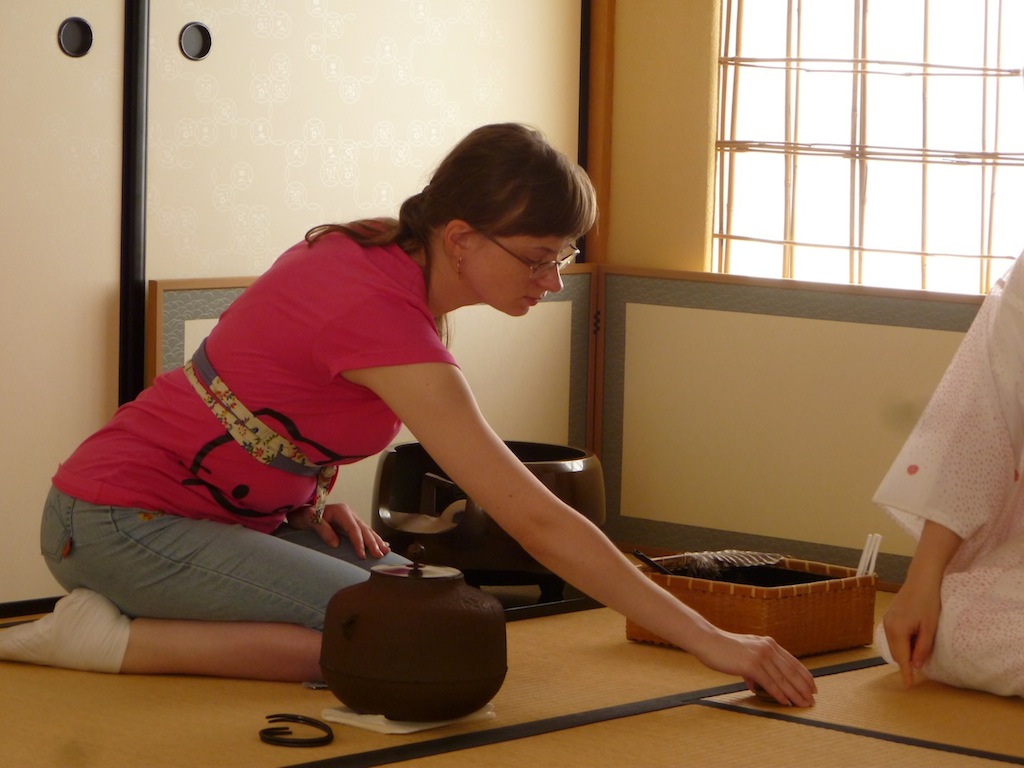 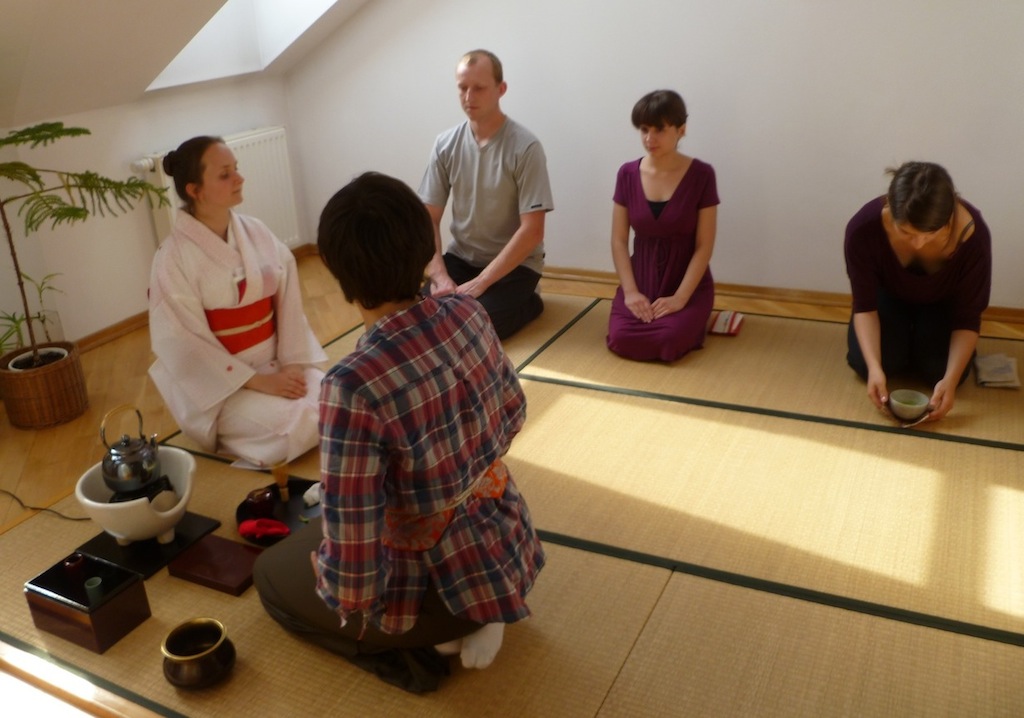 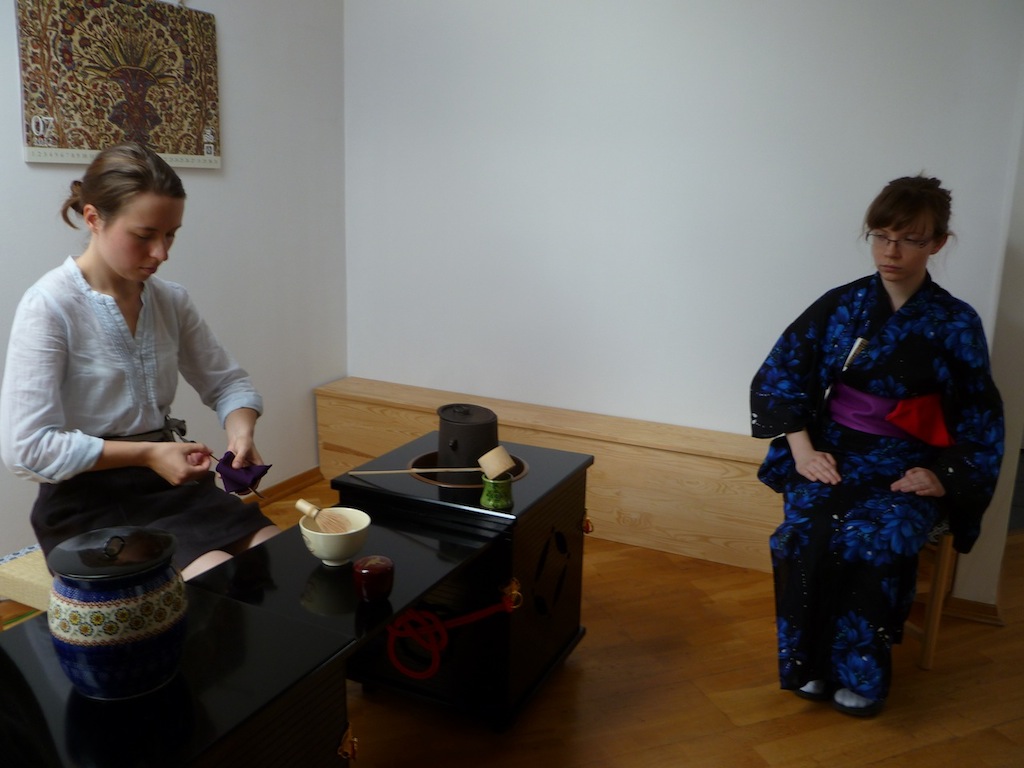 After lunch on the last day Damian and Marta hosted a tea gathering for the rest of us. They prepared a little more food (Damian’s excellent creation) along with refreshing sweets (wonderfully creative by Marta) before serving thick and thin tea in a combined form called tsuzuki usucha. 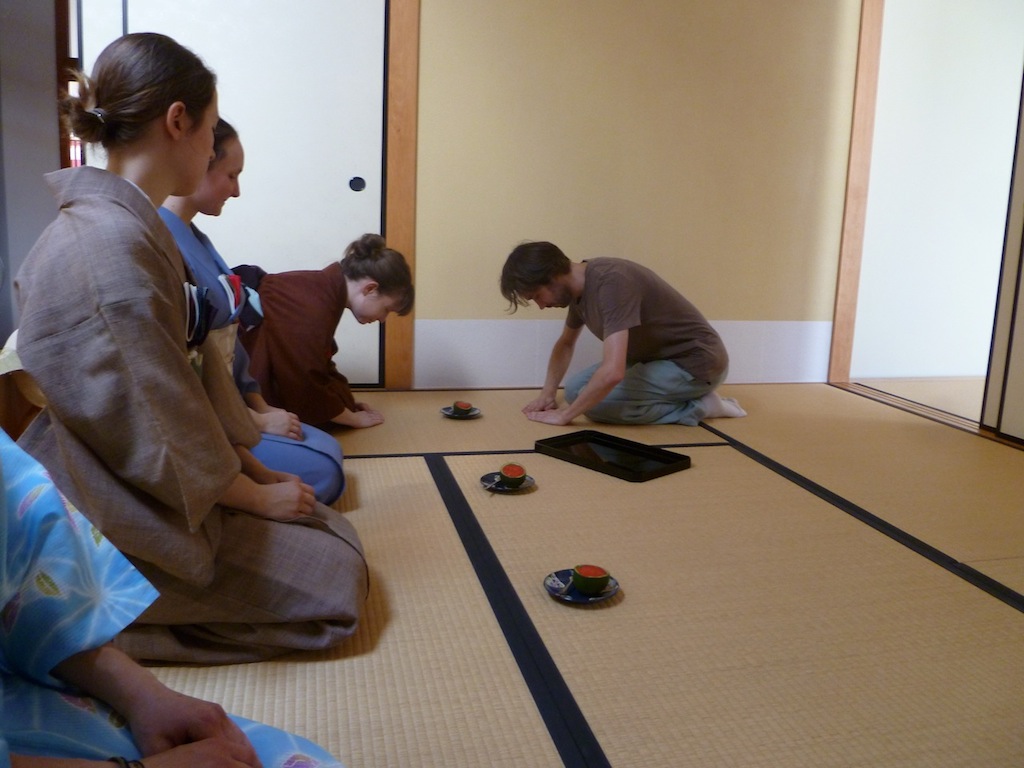 After all those days of work it was almost relaxing the last evening as we all celebrated the conclusion of the workshop. Simultaneously Ula and Aaron packed for a trip leaving the next morning and several participants finished carving their tea scoops. It was non-stop and a great time. Now what about these requests for a Winter Workshop?

Invited by the Japanese Embassy, on the 5th of July we participated in the very rare occasion to help fulfill a dream. Monika Tomaszewska (in blue kimono) wanted to become the Ambassador of Japan to Poland for a day. And thanks to the I have a Dream Foundation, she did. Ambassador Yamanaka gave up his position for a day and together with his wife accompanied the new appointee throughout the evening. Monika’s address to those gathered had a professional and at the same time heartfelt warm ring to it. 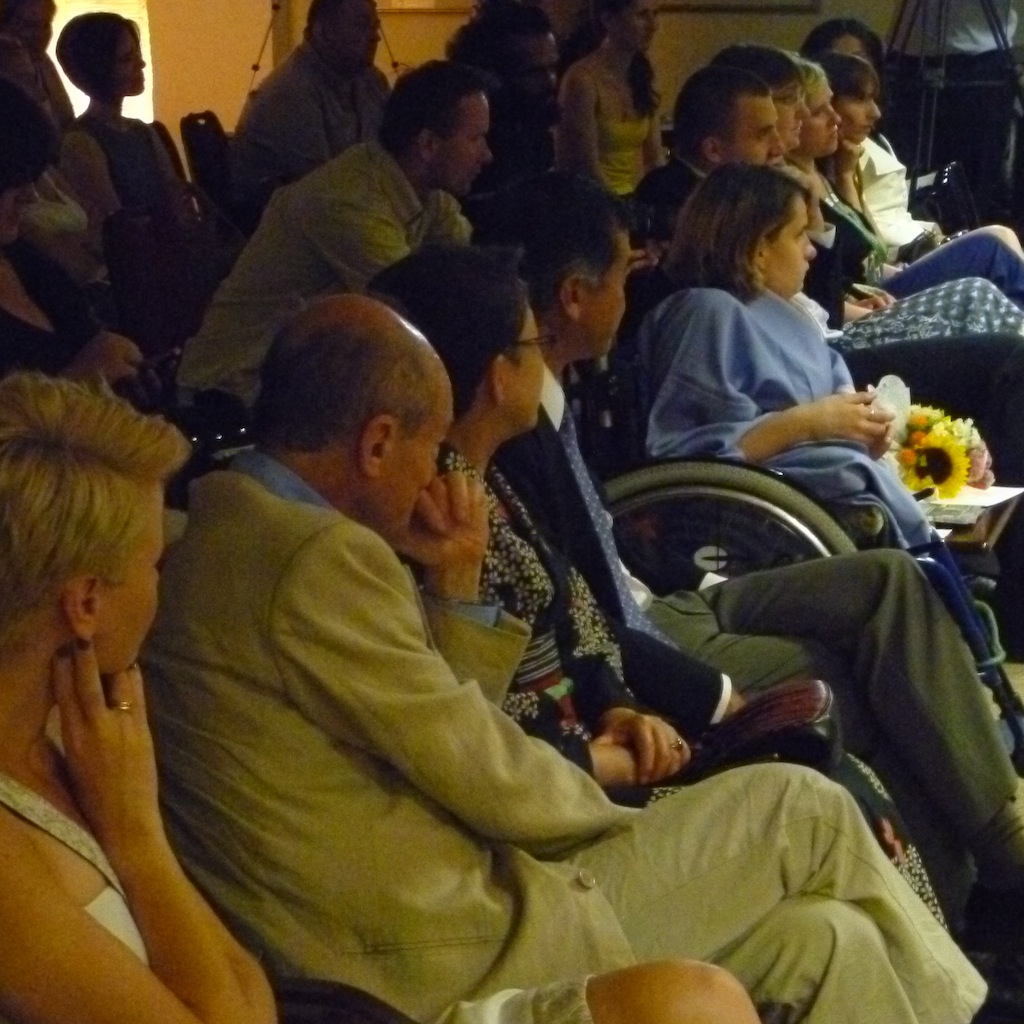 Tanabata, the Star Festival, is a Japanese celebration dedicated to fulfilling dreams. A festival of love and hope. All our numerous guests this day joined in cordial atmosphere of this special event. 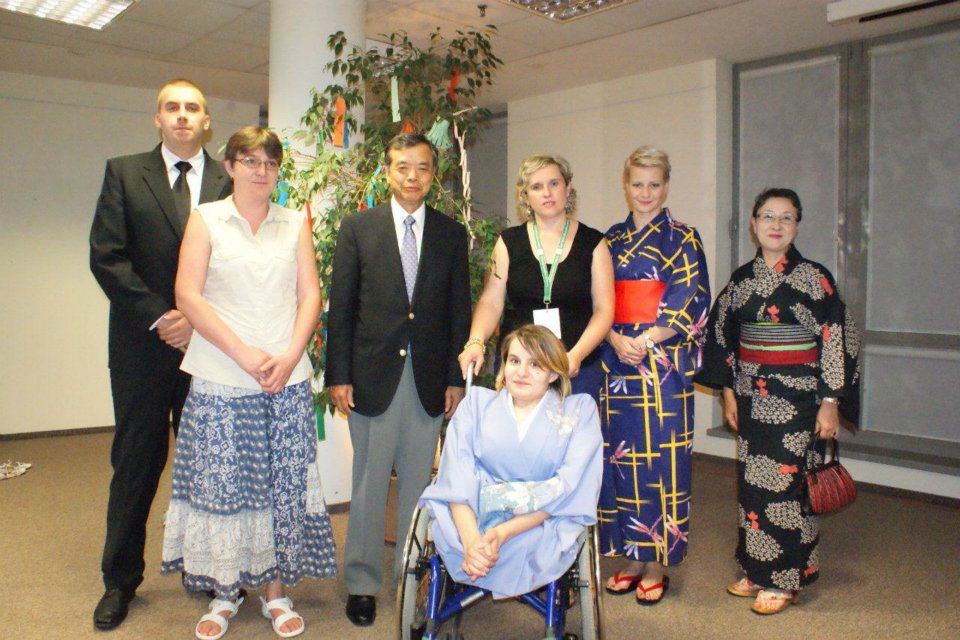 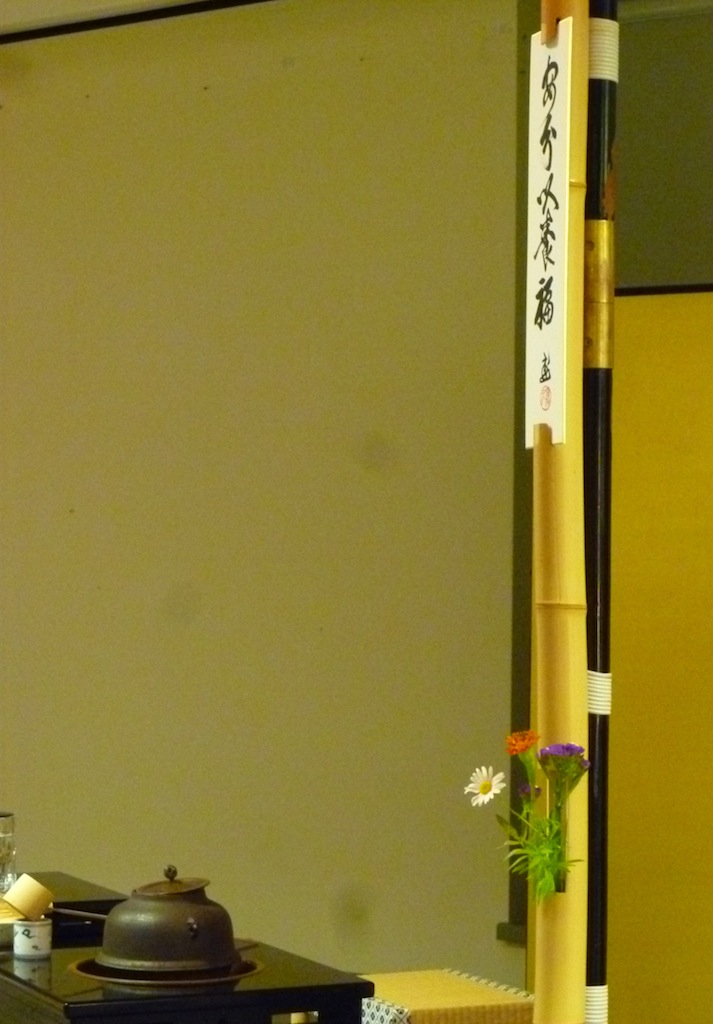 There was tea at the misonodana table… 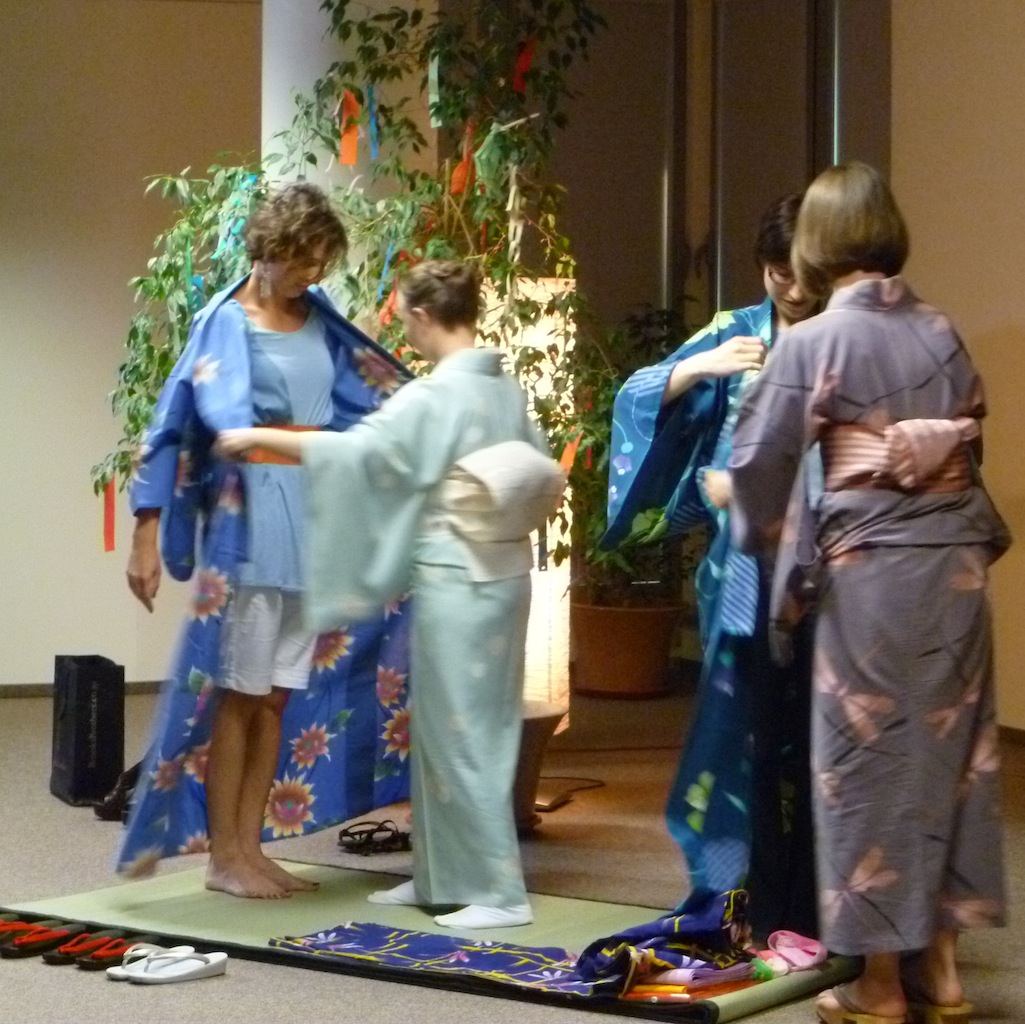 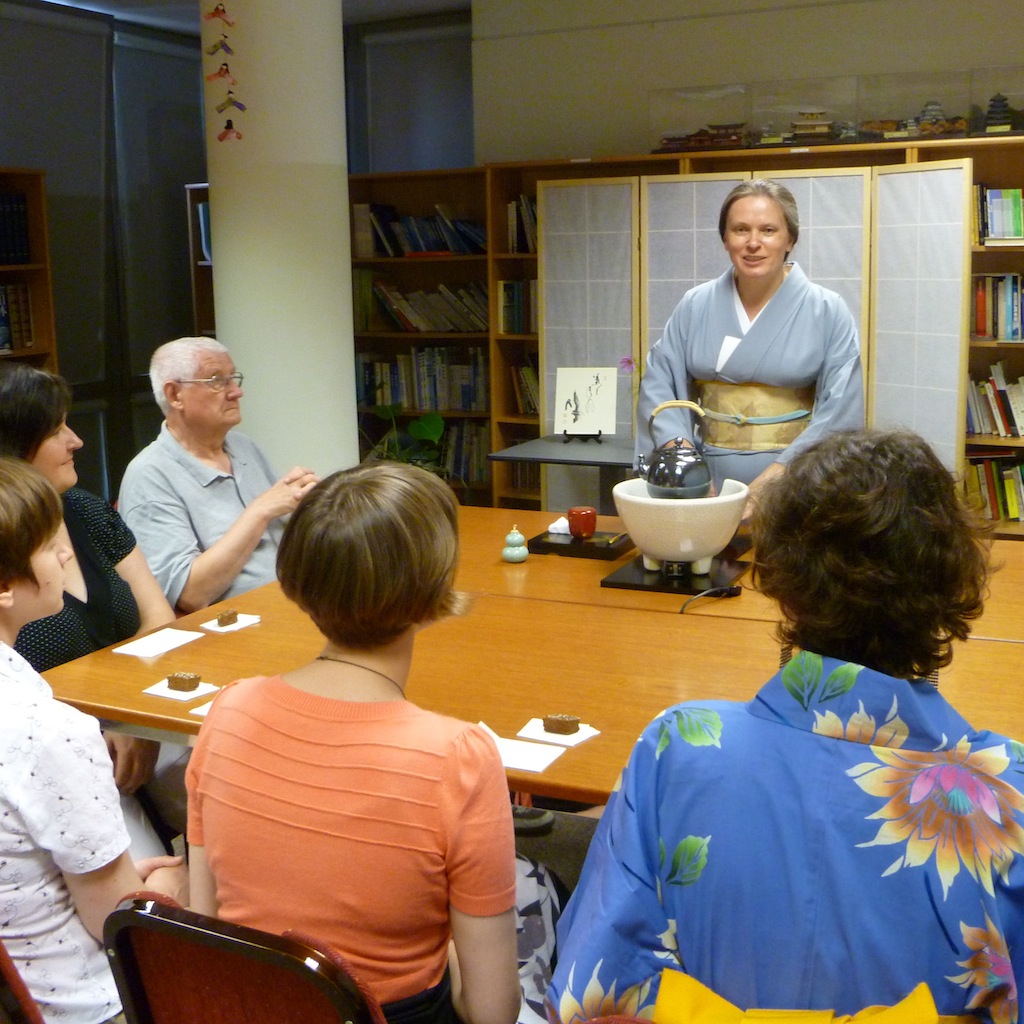 There was tea prepared from a box (chabako)… 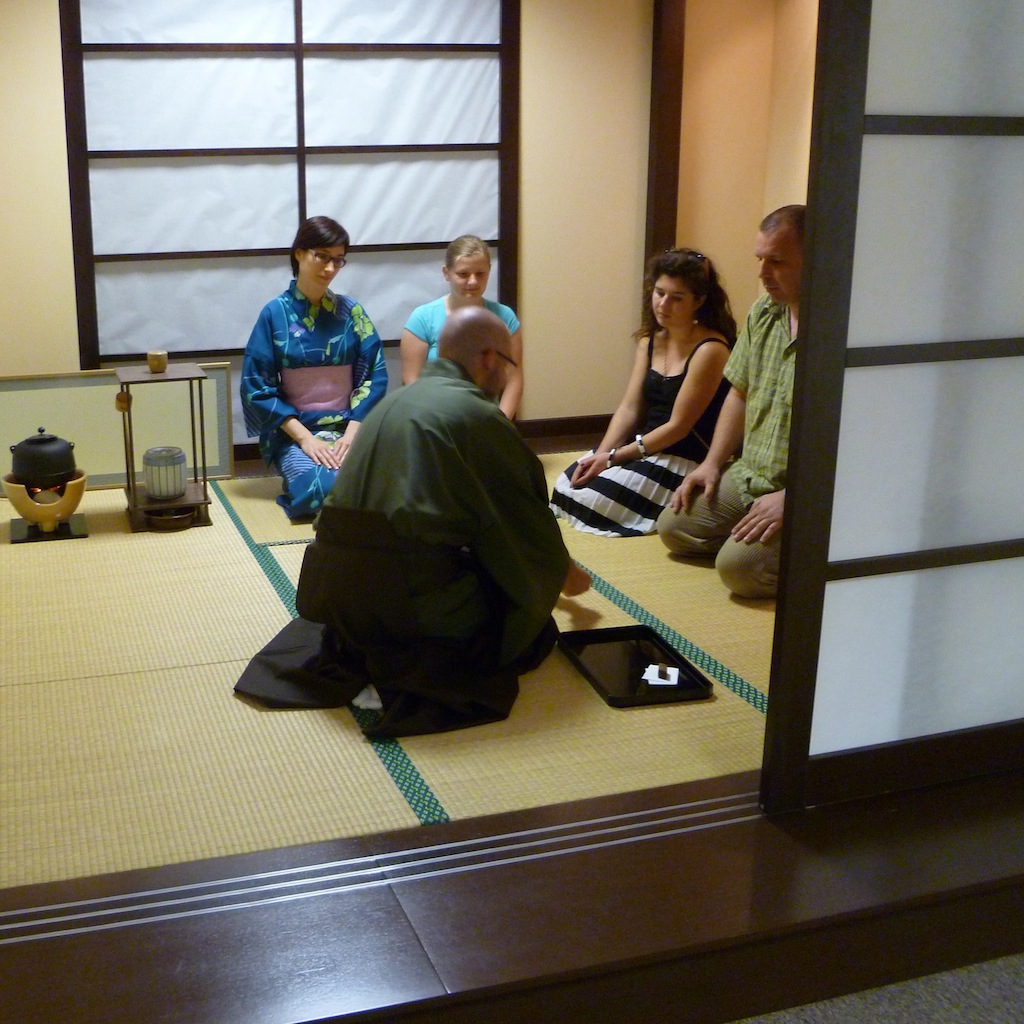 And a tea gathering on the tatami mats… 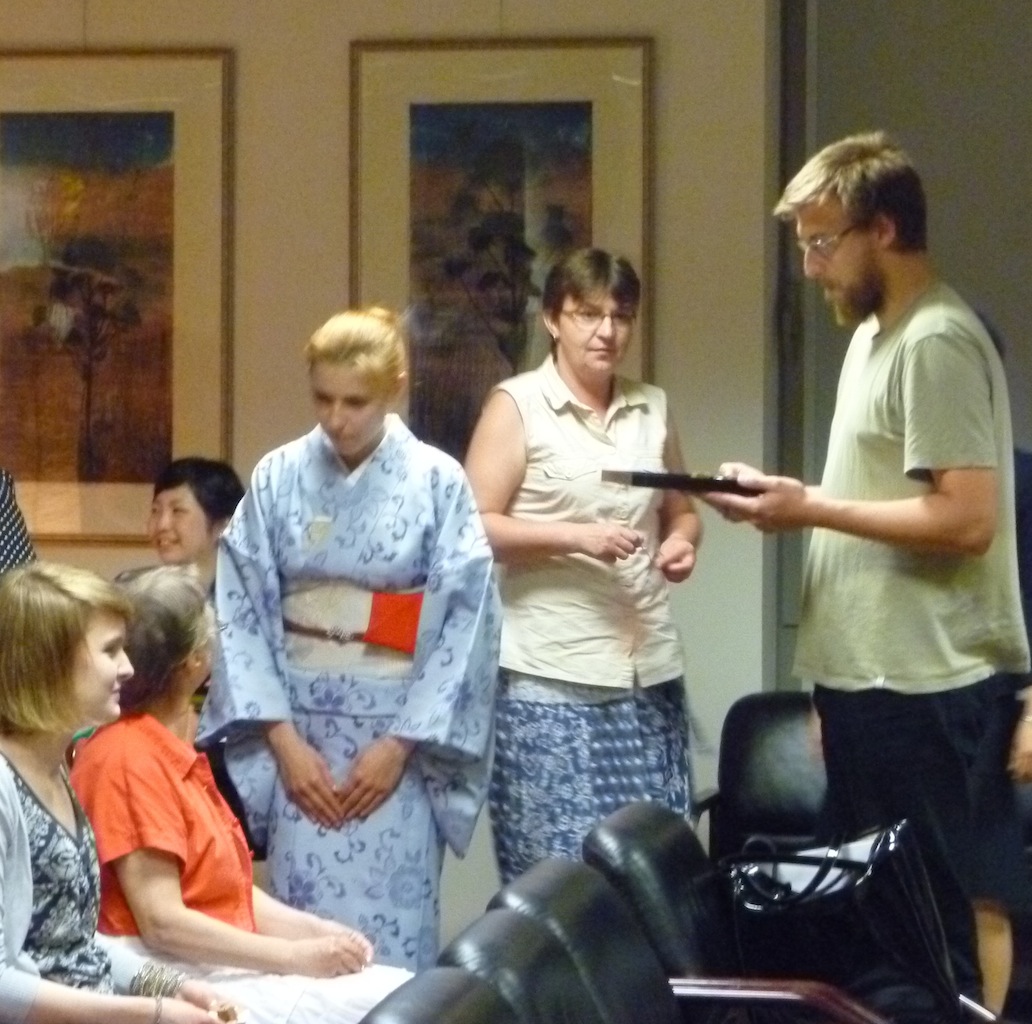 In the end some of the guests, after on the spot training, helped us to serve everybody sweets and tea.
A joyful event, great guests, thanks again to everybody who helped with it’s organization.